Here’s a factoid that you probably didn’t know. “Houston” was the first word spoken from the moon.

Second fun fact. It’s illegal to sell Limburger cheese (you know, the super stinky, runny kind) on Sundays in the city of Houston.

What does this have to do with the best tattoo shops in Houston, Texas?

Unusual bits of information are fun and great conversation starters, so let’s dive into the best tattoo shops in Houston.

We are starting our list with 3rd Generation Ink because of owner Larry Shaw’s II family’s influence on the history of tattooing and the tattoo industry. As the title of the shop states, Larry Shaw II is the third generation of tattoo artists to carry on the tradition of tattooing in his family.

Larry’s grandfather, Bob Shaw, began tattooing under the world-famous Bert Grimm in 1940. Bob Shaw was a pioneer in tattoo health and safety. He worked closely with the Board of Health to create requirements for sterilization and aftercare techniques to stop the spread of infectious diseases. Bob also created the first tattoo machine that could be broken down into multiple parts for easier and safer sterilization. The machine is still heavily used in the tattoo industry.

Larry Shaw II opened 3rd Generation Ink in 2014 and is considered one of Houston’s most talented and respected tattoo artists. He’s an expert in multiple styles, including Japanese, Traditional, and New School. He’s also a master at “coverups.”

3rd Generation Ink has an impressive roster of six full-time artists. Walk-ins are welcome, and the shop has a very traditional tattoo shop experience with lots of flash art in a very clean environment. 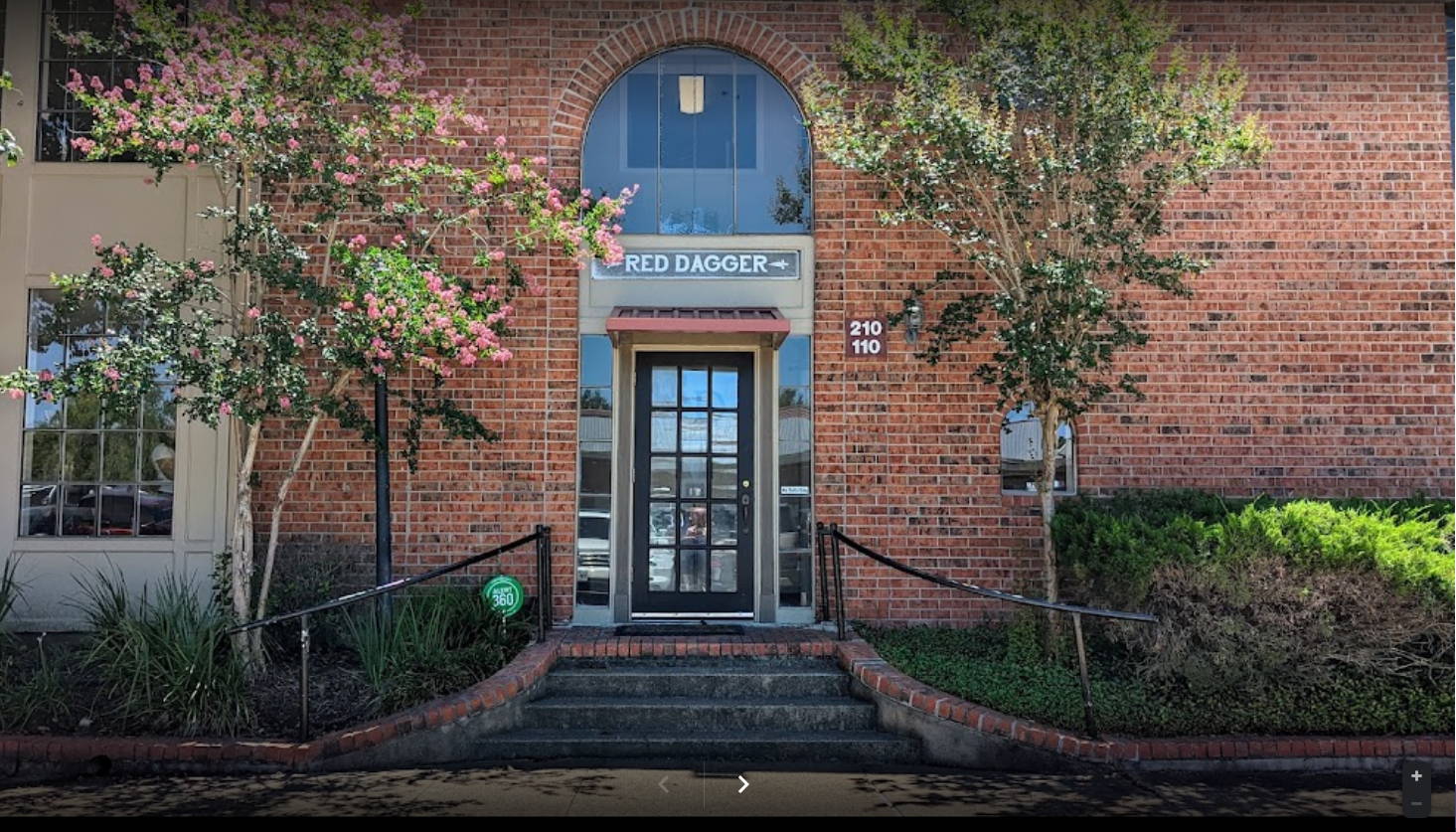 Red Dagger Tattoo is a premium, high-end custom tattoo shop. This is the place to come if you’re looking for a modern-styled tattoo.

Tattoo artist Steven Compton is their most well know tattooer. His style has bright colors with highly detailed shading featuring, quite often, rubber duckies in quirky outfits or anime characters. His style is described as new school, and he’s amassed an impressive amount of followers, 178k, on Instagram.

Aaron Springs is also a resident of Red Dagger Tattoo with his own mass Instagram following of 104k. Springs style is also new school but without as many bright colors as Compton. Both artists’ execution of tattoos is flawless and is without a doubt one of the best places to get tattooed in Houston. 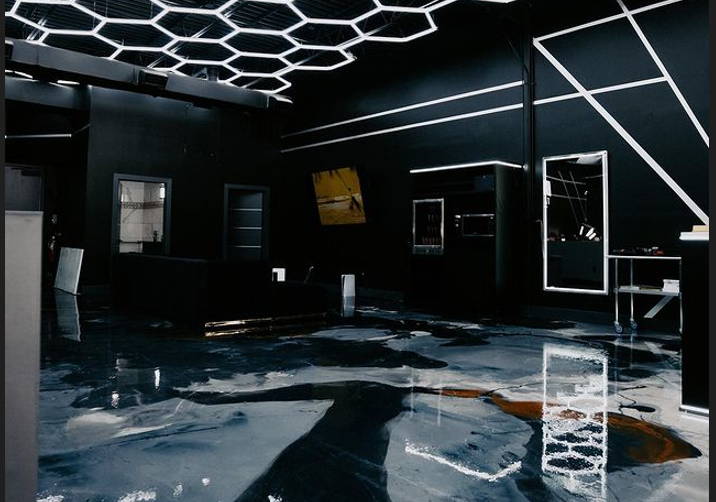 Blessed Tattoo Company promotes that they are a luxury tattoo shop. The shop’s website is their Instagram, but from their posts, they have a tremendous amount of talent in the shop. Their artists specialize in black and grey photorealism, color photorealism, and any idea you can throw at the team.

Walk-ins are welcome, but if there’s a specific artist you want a tattoo from, be sure to email the shop and set up an appointment. Walk-ins are first-come, first served 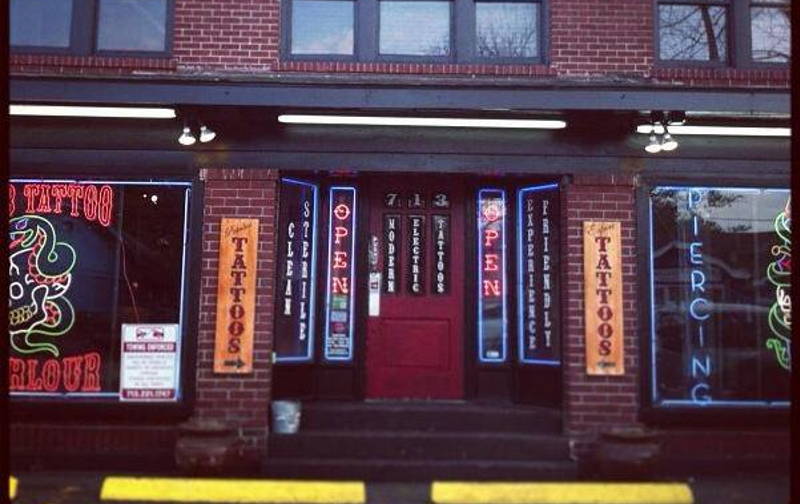 The shop has at least ten artists working full time, offering styles like traditional, black and grey, fine line, script, and many more. 713 also provides permanent cosmetics and lash services, and they also have a full-time piercer. 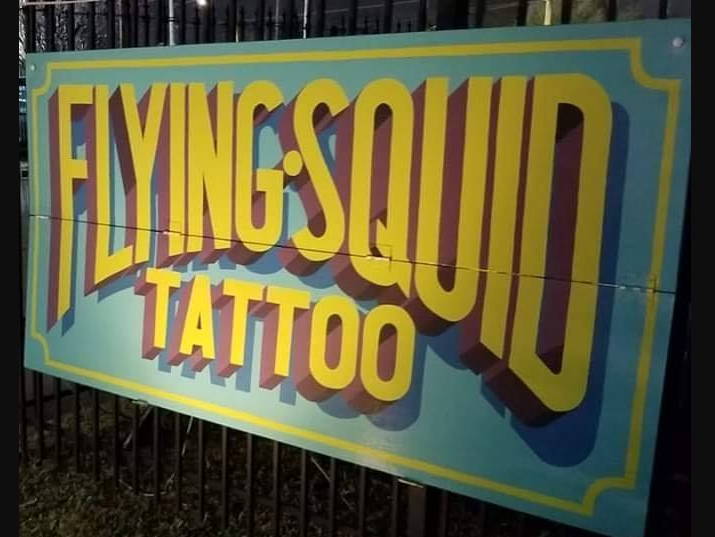 Flying Squid Tattoo has a roster of eight full-time tattoo artists, including owner and Houston native Ben “Catfish” Perez. Each artist has their own “portal” or individual room that reflects the character and artistic style of the tattoo artist.

Think of each room as an individual private studio, so you have complete privacy while getting tattooed.

The shop has rave reviews and even has a gallery to buy art and music from local artists. Most Flying Squid tattoo artists have a style steeped in traditional tattoos. This is an excellent shop if you don’t like the idea of being seen while you’re getting tattooed. Depending on where you get tattooed on your body, you might need to take off your shirt or pants. If this idea makes you uncomfortable, Flying Squid has you covered with private rooms.

There you have it! The best tattoo shops in Houston. Be sure to research the shops and artists before reaching out to talk about getting a tattoo. If you’re looking to do a walk-in call ahead of time. Always be sure to inquire with your artist about proper tattoo aftercare instructions to avoid any complications.

How to Scratch an Itchy Tattoo

Normal and Abnormal Tattoo Scabbing | What are the signs