When it comes to tattoo realism, Joaquin Ganga, or simply, "Ganga", has reached and blown right the f*ck past, epic status. This dude's tattoo designs have a realness level that makes the artwork jump off the skin, making him one of the most sought-after tattoo artists in the entire world. 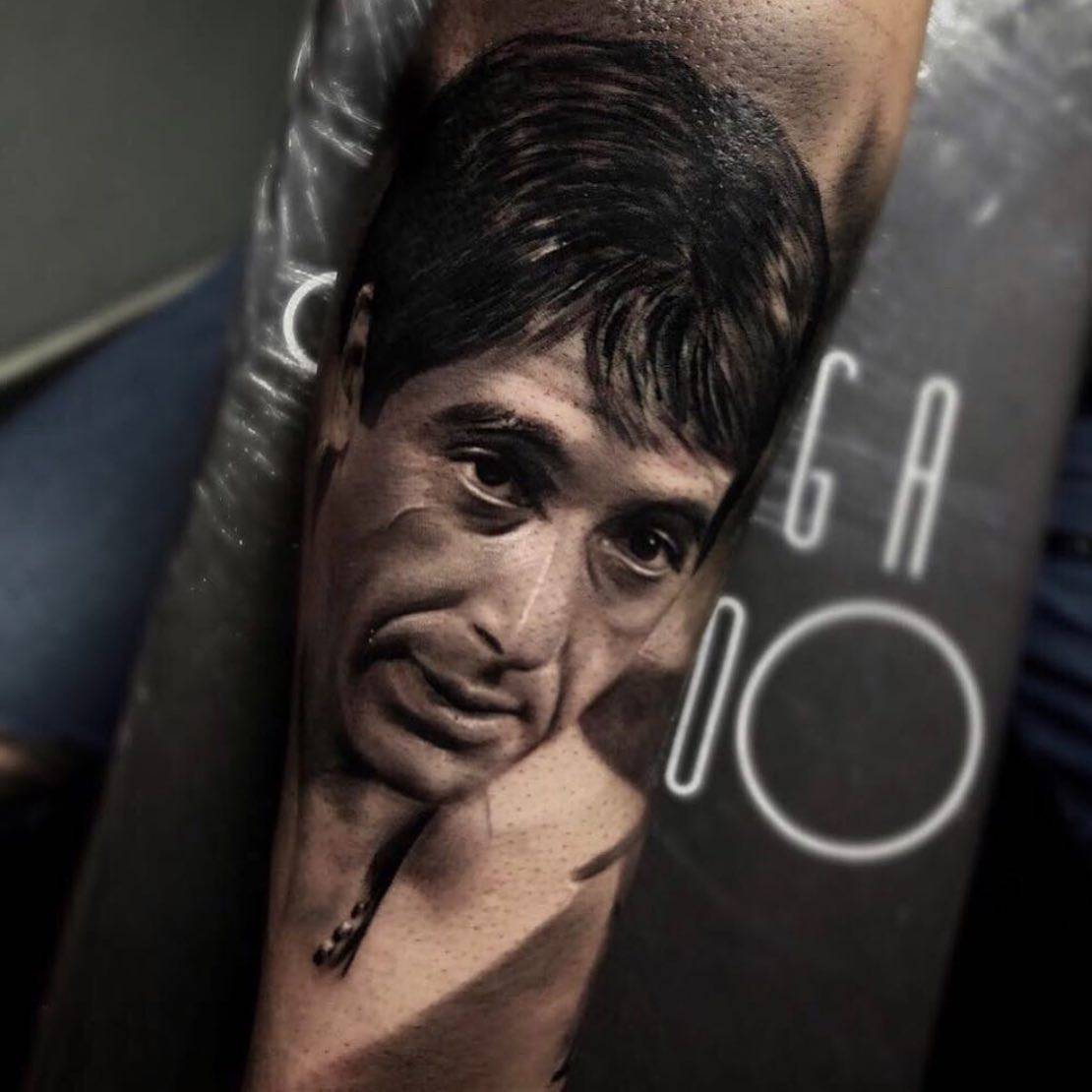 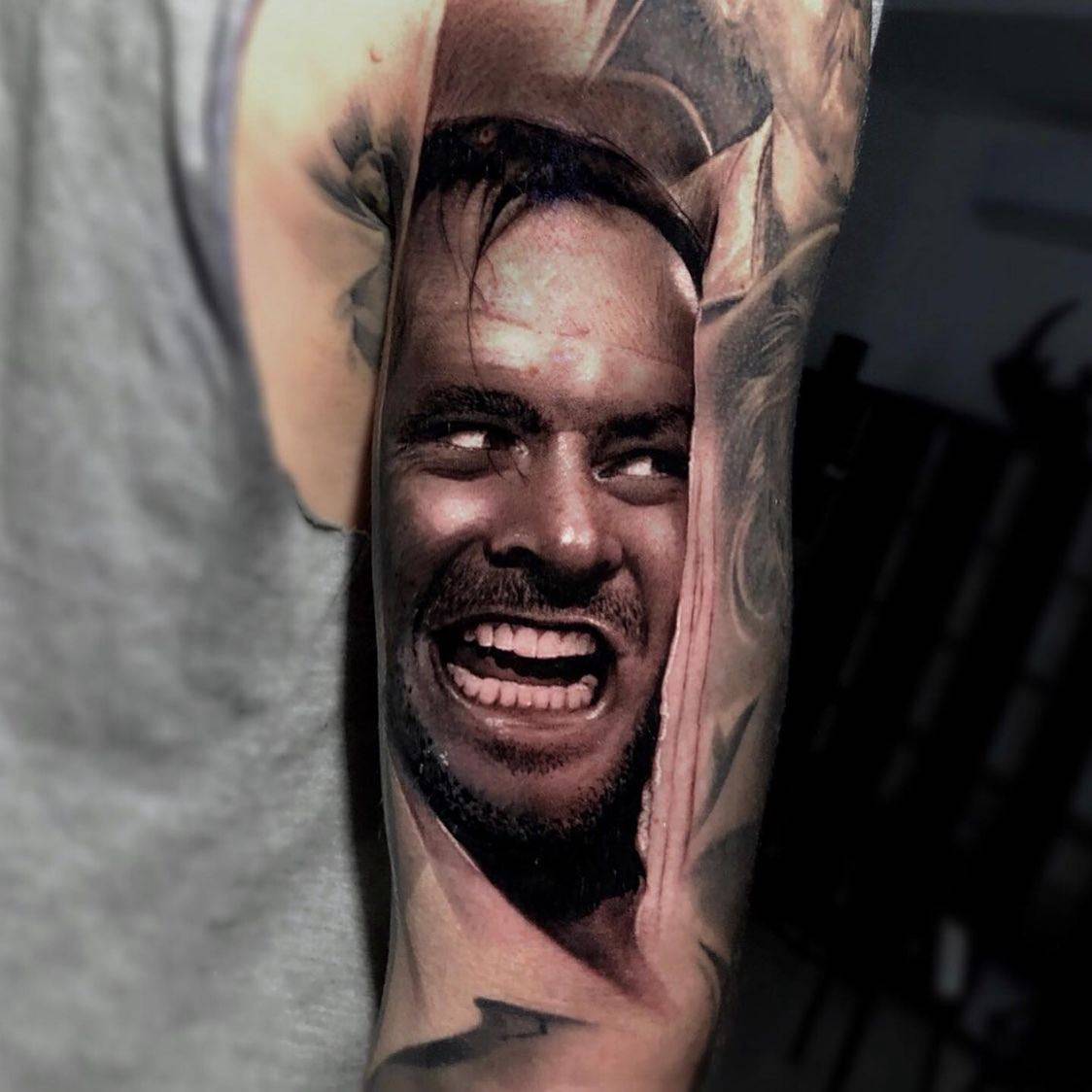 Growing up in Spain, Ganga comes from a family of artists and has been drawing and creating since his earliest years. A big fan of graffiti art, some of Ganga’s very first tattoo ‘test-subjects’ were his street friends back in Spain. And believe it or not, Ganga is heavily influenced by an unusual combination of Salvador Dali and early episodes of the reality show, Miami Inked.

Ganga now makes LA home base for his still expanding, virtually exploding Tattoo Empire. One of the best things about being Derm Dude's ‘Chief Dude Officer’ is visiting some of the most talent packed tattoo shops across the country and around the world. So, as luck would have it, I was getting tattooed at Ganga’s West Hollywood HQ by my friend, "double-vision" tattoo artist Yatzil Elizalde from Mexico City, when Ganga dropped by and offered to take me on a personal tour of his soon-to-open, brand new tattoo studio. And yes, the new place is going to be insane.

Ganga is the go-to Ink Master of Realism Tattoos for high profile tattoo collectors such as Post Malone, Drake, Lebron James, David Beckham, Jason Derulo, Lil Pump, Kevin Durant, Chris Brown and Tyga, to name just a few. He has been featured in Forbes, People Magazine, TMZ as well as just about every tattoo publication and website around the world. Ganga is truly a master of his trade. 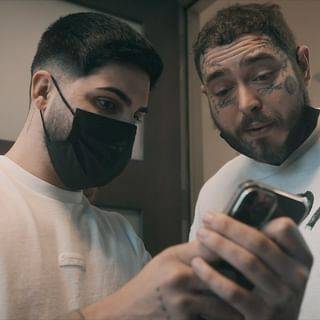 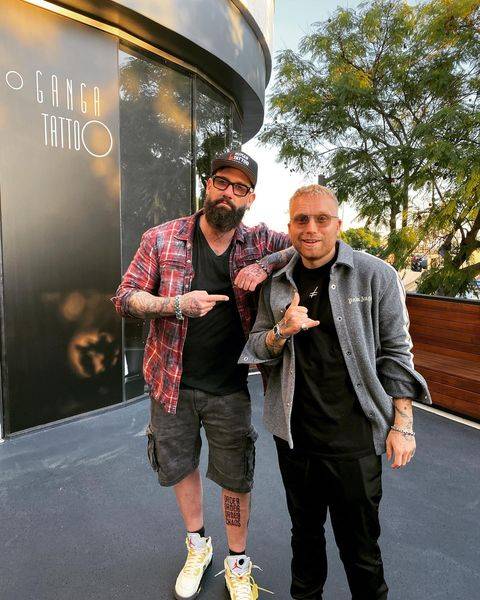 Sitting right below the current Ganga ink pad on Santa Monica Boulevard in West Hollywood, the expansion shop carries through the incredible artistic flow and vibe that GANGA is all about. The new expanded Ganga tattoo studio will be packed with some of the most insanely talented tattoo artists from around the world and I look forward to seeing the artwork that comes out of this place.

👈 Me and AJ of "Mommy I'm Sorry" Tattoo Studio outside Ganga's Studio after my new "Order to Chaos" Leg Tattoo, featured below. 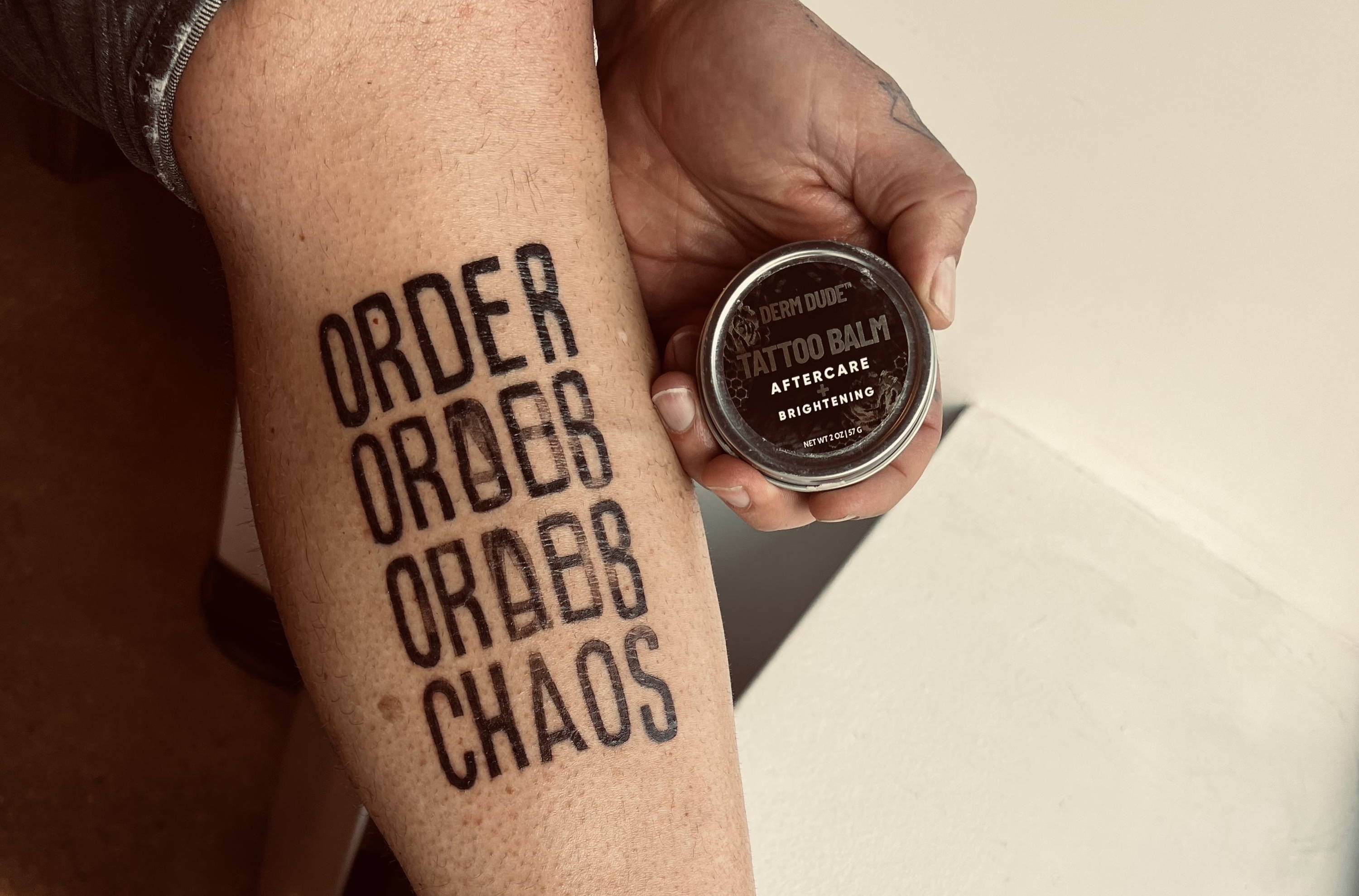 Ok, dudes. I'm out of here to find my next tattoo adventure. Don't forget to check out our, Ganga-approved, all-natural tattoo aftercare balm.

Until then, take it easy, dudes.